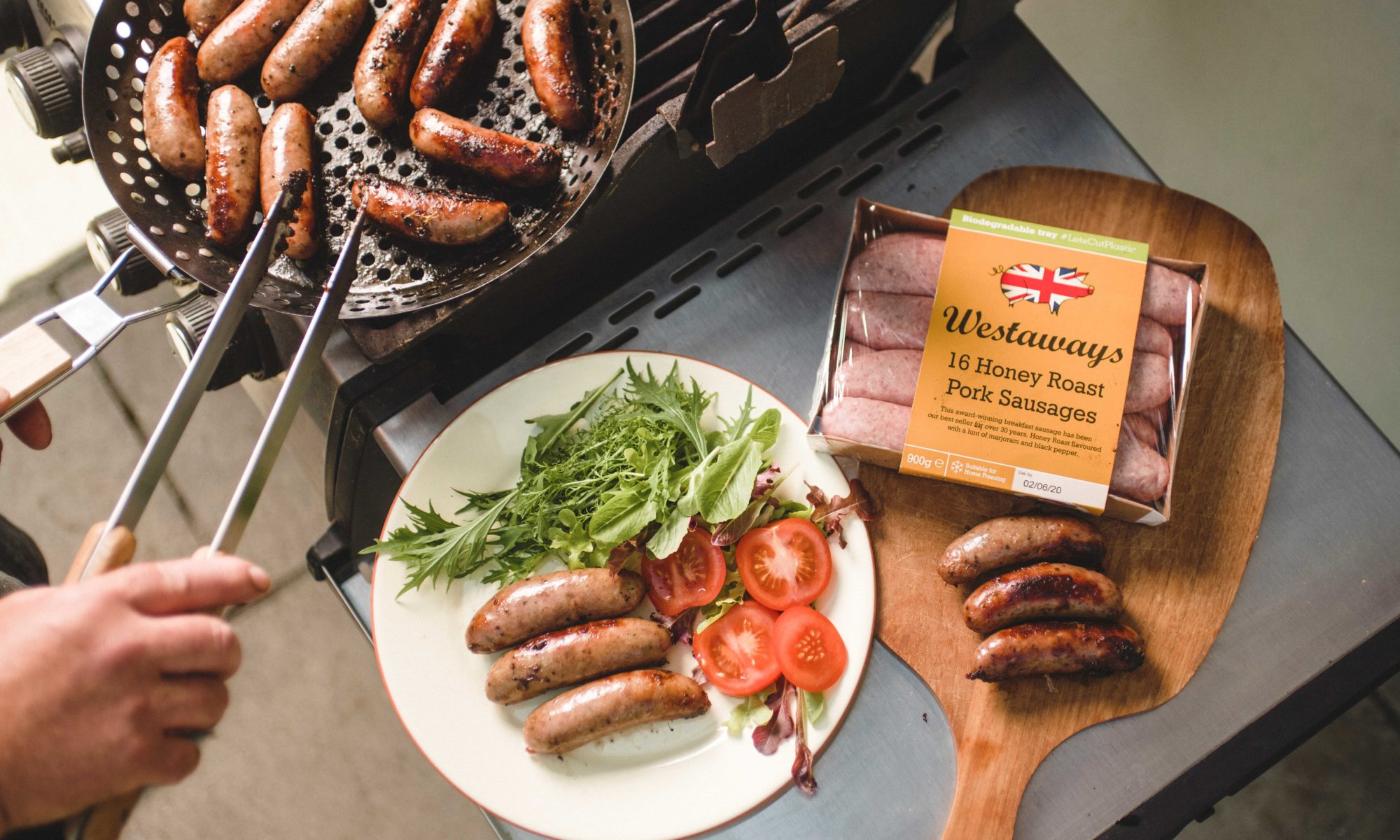 A West Country sausage-maker has become the first meat producer to use packaging that is so eco-friendly, you can stash it in your compost heap rather than add the nation’s waste problem.

In doing so, Westaways has achieved a major milestone in the ongoing war against plastic-use.

“If you walk down a meat or dairy aisle in a supermarket you will see that just about every product is wrapped in plastic,” says Devon sausage-maker Charles Baughan. “As a company that cares about the environment, we asked ourselves why that should be?”

“And, although it has taken a lot of investment and patience, we now have the answer,” he said.

“Products like sausages do not have to be entombed in plastic – there are alternatives and from now on our range will be sold in eco-friendly cartons and wrappings that will disintegrate naturally in a compost heap.”

“We are proud to announce this UK first – and proud that it has taken a relatively small Devon company to lead the way,” said Mr Baughan.

For 18 months Westaways sausages have been packed in trays made with Forestry Stewardship Certified cardboard which is recyclable or compostable and already more than a million packs have been sold.

But it is a revolutionary cling-film style wrapping which has allowed Westaways to make the 100 per cent eco-friendly claim.

“It is a bioplastic – bioplastics are defined by European Bioplastics as being either biodegradable or made from a plant-base,” explained Mr Baughan. “In a compost heap it will fully disintegrate within six months and fully biodegrade within a further six months without leaving any microplastic traces – I know that because I’ve been trialling it in my own garden.”

Westaways carried out exhaustive research before making the move and invested in machinery that has been designed to incorporate the new film wrap.

“This new wonder material will change our industry,” commented Mr Baughan. “It is strong, highly stretchable, glossy and, best of all, compostable.”

Devon’s ‘sausage king’ has made headlines by creating a market for British bangers in Asia and by developing products such as Sausage Hoops and Giant 3m long Sausage Whirls – is a nature-lover and a keen sea-angler.

“I have seen the damage plastics can do and so am passionate about doing something to make a difference,” he says. “Large corporations and supermarket chains had the same opportunity to do something about the problem, but it has taken our relatively small Devon company to lead the way and develop what we hope will become an industry standard.”

“The example we have set changes the way we do things in the food industry and other companies should follow our lead – which would result in the environment being freed of thousands of tons of plastic.”