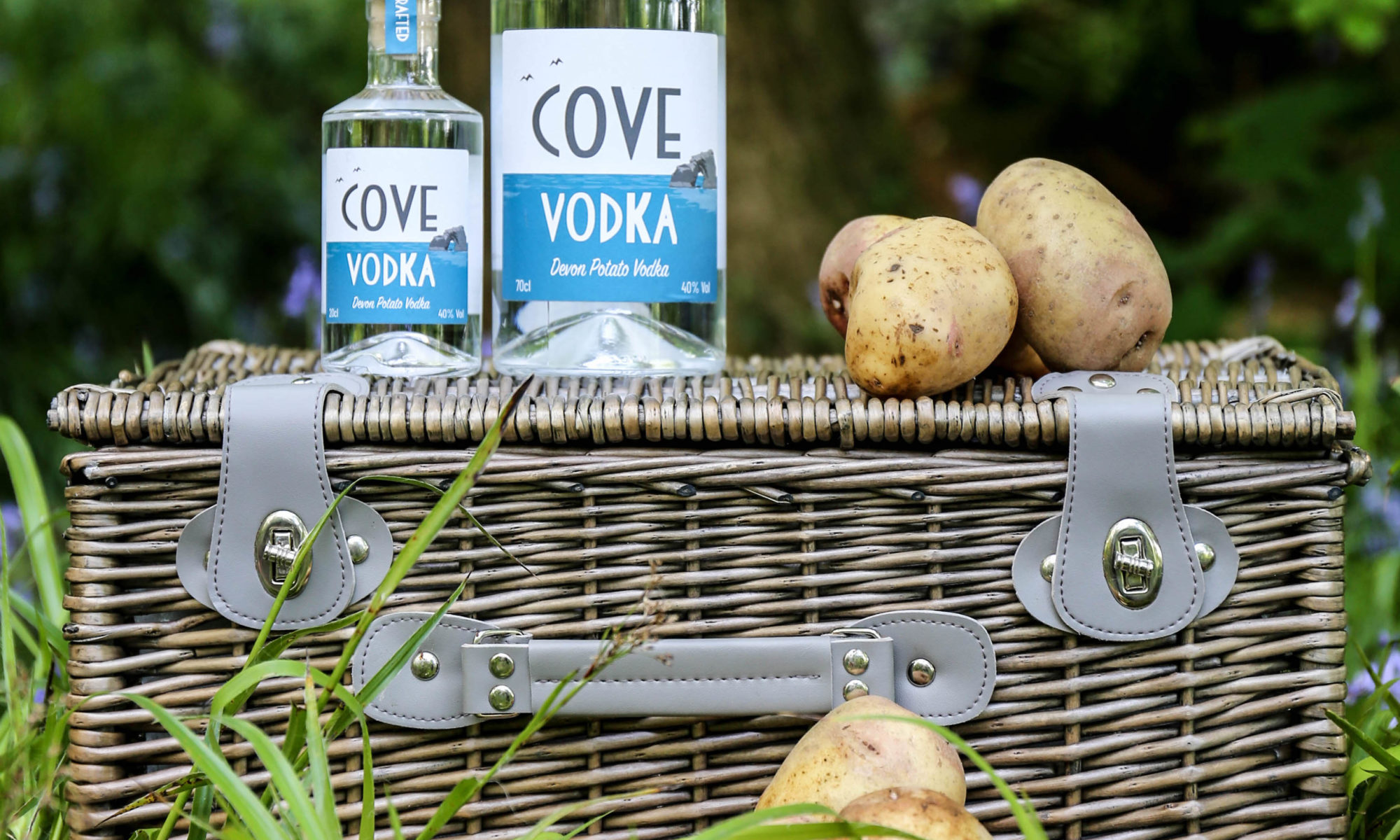 It is well known that we are a nation of potato-lovers, but now a company called Devon Cove Produce has come up with a product that allows consumers to enjoy their spuds in a whole different way. After a year of research, planning and testing, the company has launched the county’s first potato vodka.

The new, luxuriously smooth Cove Vodka is produced using local South Hams King Edward potatoes as the base ingredient. The potatoes are grown in rich soils on south-facing slopes just above the sea at the well-known beauty-spot of Hope Cove.

The Lidstone family have been growing potatoes in the area for more than 50 years, but it was daughter Leanne Carr – founder of Devon Cove Produce – who came up with the idea of turning the crop into something with just a little more kick than a chip.

“After many discussions around the dinner table about the different ways you can cook and enjoy potatoes, we decided to take things a step further and use the crop to make vodka” said Leanne Carr.

“Using the finest Devon potatoes and local spring water – combined with small batch traditional copper pot distillation – we have created a distinctly smooth and delicious vodka which we believe captures the essence of Devon.”

So smooth and clean is the resultant vodka, that it can be enjoyed straight on its own – but many will prefer it with a mixer or as the base spirit in a cocktail.

“As the carbohydrates in the potatoes do not translate into the vodka, and no sugar is added, it is about as low in calories as an alcoholic drink can be,” she explained.

Cove Vodka is available in three sizes and Cove Damson is available in two sizes. Both can be purchased online at www.devoncove.co.uk or through a list of stockists featured on the website.