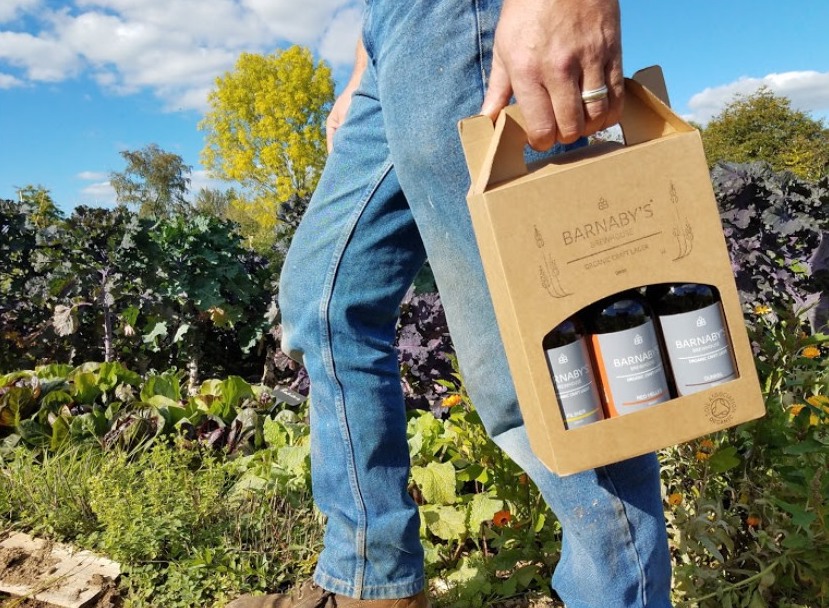 Barnaby’s Brewhouse is one of the most sustainable breweries in Britain with the aim to be completely off grid.

They are based in Devon at The Old Stable on Hole Farm. They produce beers that are chemical-free, organic, vegan, powered by the sun and made with spring water.

To minimise their environmental impact, they hand-built the brewery themselves from second hand and reclaimed materials (from other breweries or dairies). They are constantly developing a range of innovative process controls to manage brewing, fermentation and conditioning.

Based at the heart of an organic farming ecosystem, it has also encouraged them to be organic. They’re certified organic by the Soil Association. Their organic malt and hops are sourced from the UK and their water comes from a natural spring which rises in the middle of organic farmland.

The site has a large solar panel farm and they’re making the brewhouse as efficient as possible. All the beers are produced and bottled in-house which reduces transport emissions.

All wastewater is filtered through a modular reed bed system before it’s sprayed onto the fields. Their spent grain is fed directly to the Riverford Farm dairy cattle which then go on to produce organic dairy goods.

Used hops are composted and used in the polytunnels at the local Field Kitchen. They also propagate their own yeast using organic malt extract.

Passionate about food pairings, they had the honour of presenting one with Ben Ebbrell at last year’s Abbfest.

Currently, they hold the best organic beer award (the Soil Association) and the Taste of the West’s ‘Environmental Sustainability award.’