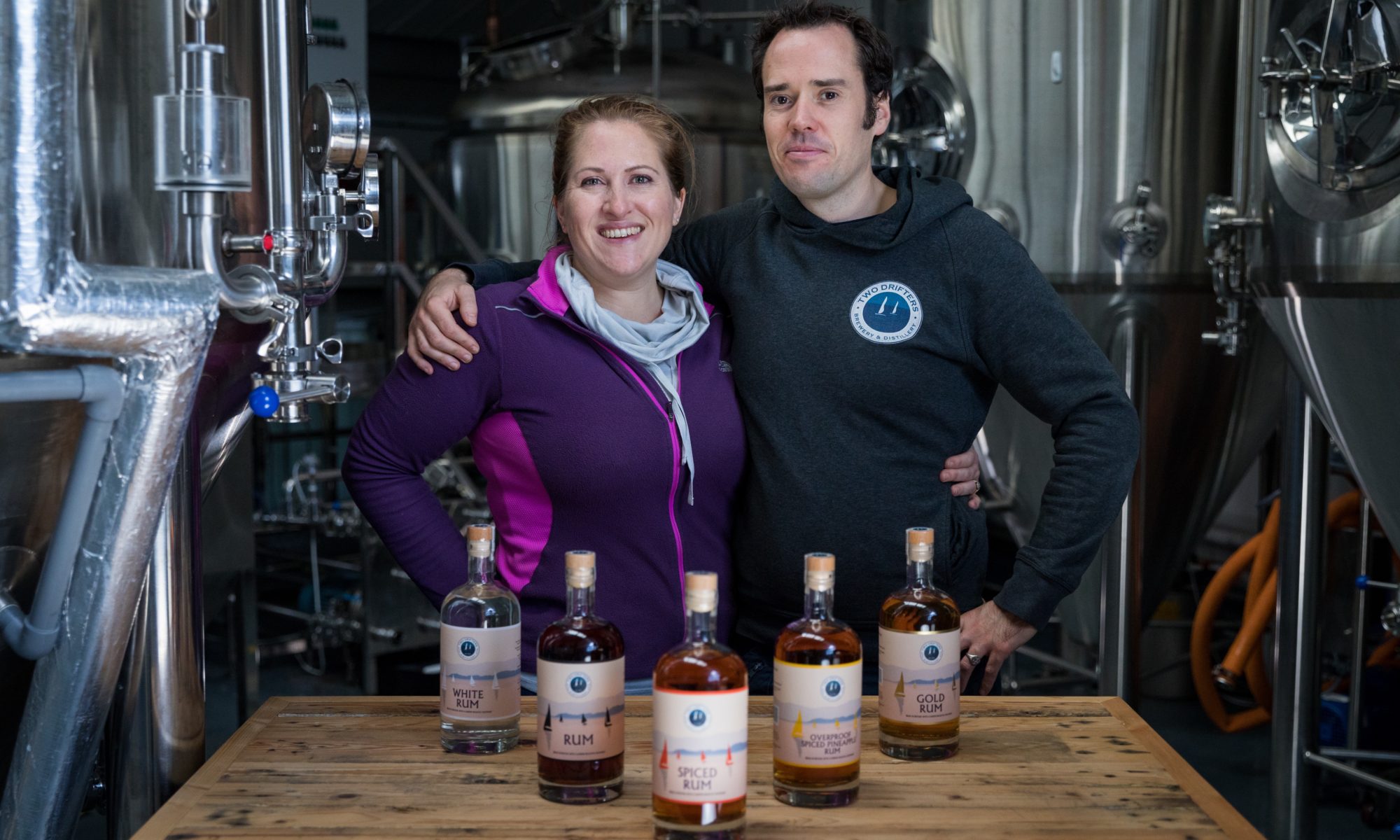 The world’s first carbon negative rum distillery, Two Drifters has launched an exciting opportunity to invest in their highly ambitious Devon-based brand and reached their crowdfunding target of £150,000 within three hours of going live. Founders Gemma and Russ Wakeham, who are willing to accept overfunding beyond their initial target, are offering an opportunity for investors to embark on the next stage of their journey using respected crowdfunding platform, Crowdcube.

Launched 18 months ago, this forward-thinking brand has achieved colossal growth during this time and is recognised in the industry as championing sustainability and limiting impact on the environment. Born out of a passion for rum, Devon and the planet, Two Drifters is a business entirely carbon negative from field to glass. The building, equipment and van are electric and have a zero-emission tariff. Any emissions their chain does incur are offset with Direct Air Capture, working in partnership with Climeworks to convert CO2 into chalk, which can then be buried in the ground.

Commenting on their investment opportunity, organic chemist Russ Wakeham, co-founder of Two Drifters, says: “We’re incredibly proud of how far we have come since launching Two Drifters in 2019 and delighted we’ve already hit our crowdfunding target.” Russ continues: “Our ethos is to produce award-winning rums with minimal impact on the planet. We believe there are very few British distilleries that actually make rum from raw ingredients, rather than importing it and flavouring it and we’re confident our rum can compete with the best Caribbean rums on the market.”

Co-founder Gemma Wakeham, continues: “Two Drifters is going from strength to strength. We’re now stocked in John Lewis, Virgin Wines and produce Exeter Chiefs Rum. It’s exciting that our brand is so highly regarded and recognised as having such potential.” Gemma continues: “It’s the right time to take Two Drifters to the next level, with significant growth in our website traffic, an active social media community and fully booked distillery tours. We want our investors to join us on our mission to make Two Drifters the world’s most established sustainable spirit.”

With the UK Rum market worth over £1 billion and consumers increasingly opting for provenance, transparency and quality in what they spend their money on, Two Drifters epitomises this and is a genuine, authentic rum made from 100% UK molasses and raw British ingredients.

For further information about Two Drifters and their range of rums visit: www.twodriftersrum.com