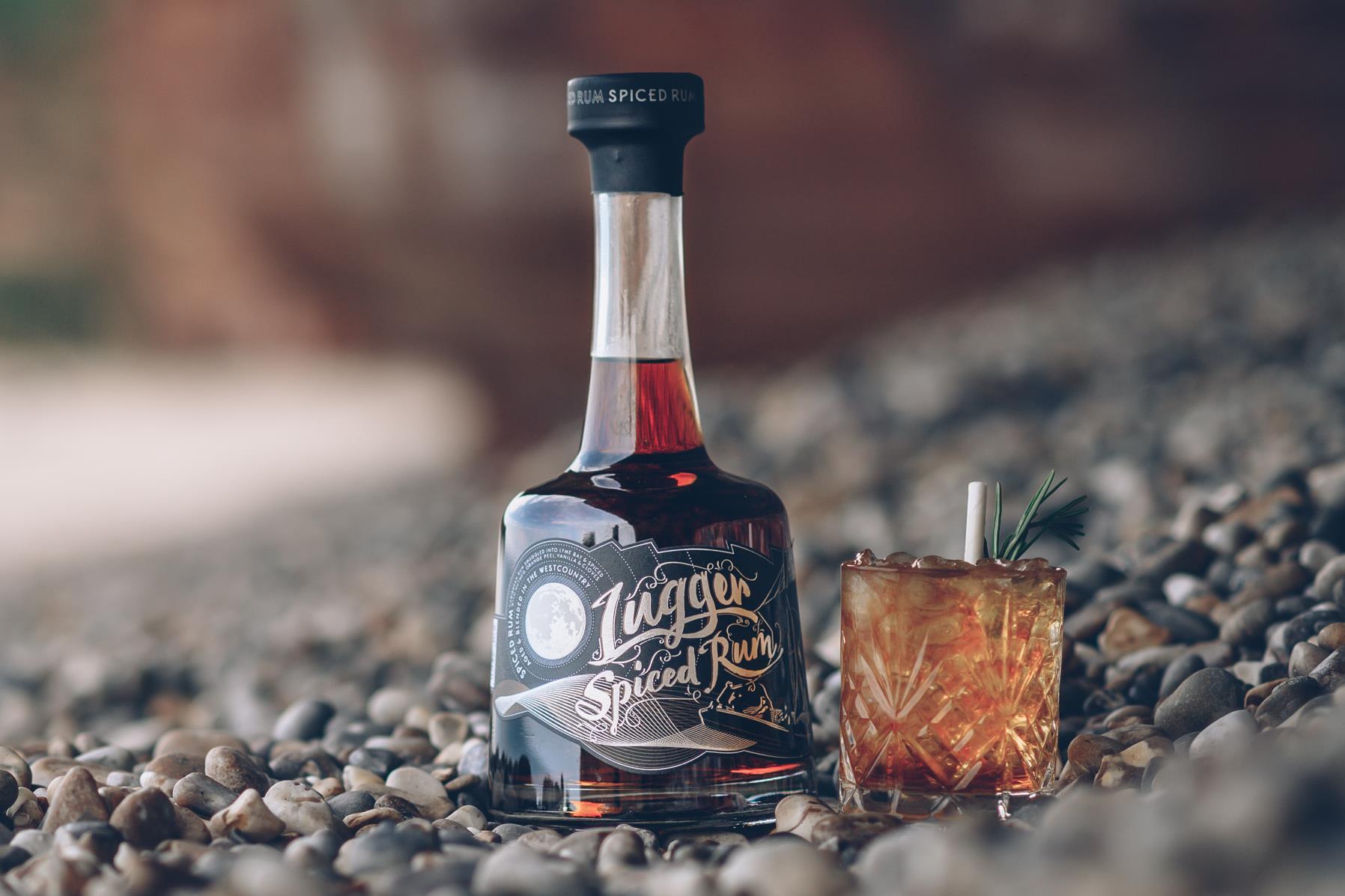 Lugger Rum, Devon’s only spiced rum, has won a Gold Award for Best Label in the 2020 World Rum Awards.

Made by Lyme Bay Winery (LBW) Drinks, Lugger Rum is part of the business’ Jack Ratt brand, named after notorious local 18th century smuggler Jack Rattenbury. The ‘Lugger’ boats were the fishing boats that Jack would have used to smuggle contraband into Lyme Bay.

The World Rum Awards are global awards which recognise the very best rum from across the globe, considering all elements of production from the taste to the label design and bottle shape.

Anita Ujszaszi, Awards Director, World Rum Awards commented: “The label for Lugger Rum really stood out for us. Not only is it different from anything else we’ve seen, with silver foiling that really brings the graphics alive, but it also really works to create a story behind the rum. No detail is missed in this design, even down to the shape of the bespoke label, which gives a nod to the rugged coastal landscape. It clearly marks out the quality of the rum. The judges were all very impressed.”

Lugger Rum is aged in bourbon-charred oak barrels, before being spiced with nutmeg, orange-peel and cloves, as well as vanilla. Unlike most commercial spiced rums however, it is not defined by the overpowering vanilla characteristic.

This adds to the previous awards Lugger Rum has received which include Gold in the International Spirits Challenge 2019 and Gold in the Food and Drink Devon Awards 2019.

James Lambert, managing director, LBW Drinks said: “We are over the moon that one of our drinks has won another award. The fact this one is for design shows that we not only produce innovative drinks, we also match that innovation in our packaging, which consumers are responding well to. Sales of Lugger Rum since it was listed in Waitrose last year have been very strong.”

Lugger Rum is available in Waitrose and directly from LBW Drinks.