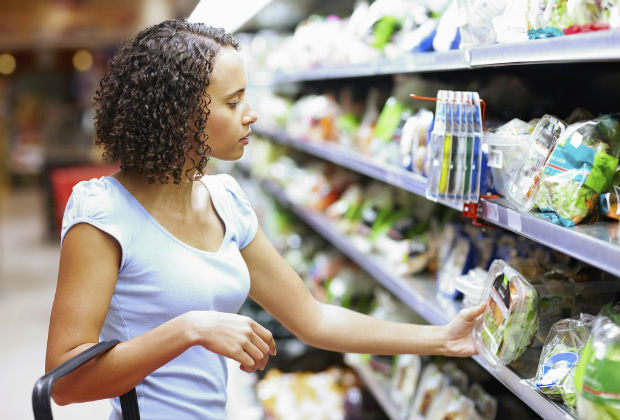 Packaging is a conundrum which all food and drink manufacturers must wrestle with to ensure their products stand a chance on the supermarket shelves.

Not only should packaging look good, but there are a raft of other considerations which must be accommodated, such as legal labelling requirements, storage options, transportation, and environmental aspects.

With all of this to contend with, is there any value in manufacturers taking on the additional expense and work to achieve the strict eligibility criteria allowing them to feature a small stamp of approval?

Probably one of the most recognisable food assurance schemes in the UK is the Red Tractor logo. This Assured Food Standards endorsement urges customers to look for its logo as ‘a mark of quality food you can trust’ – the key words here being ‘quality’ and ‘trust’.

Given that the logo has also been adopted by all of the major supermarkets and many of the country’s largest food and drink brands then the case for including it on packaging becomes quite compelling.

What do consumers think?

The Food Standards Agency published the results of its latest Biannual Public Attitudes Tracker in May 2017 which sought opinions from 1,991 members of the public. It found sizable percentages of people were concerned about food safety issues, with concerns raised about chemicals from the environment such as lead in food (30%), food poisoning (29%), and food additives (29%).

The Government and food industry is also continuing to strive to improve consumer confidence three years after the horsemeat scandal broke when it was discovered that some beef products contained horsemeat.

Certain ready meals were implicated in the scandal and in February 2014, Red Tractor introduced a new set of standards and logo endorsing the ingredients in products like ready meals and pies. The ‘Made With‘ logo highlights to shoppers that the named ingredient has been produced to Red Tractor quality standards and is traceable back to farms in the UK.

The NFU Mutual Food Fraud Report 2017 surveyed more than 2,000 people to explore the effects that high profile cases of food fraud may have had upon consumer confidence and behaviour.

Among the findings were results which demonstrated that food assurance schemes such as Red Tractor have an extremely strong influence on purchase decisions. It found:

Although the Red Tractor Logo is probably one of the best known of the assurance schemes it is certainly not the only one. Others which exist to give customers peace of mind when choosing food and drink include the following:

• Quality Meat Scotland – internationally recognised assurance scheme covering more than 90% of livestock farmed for red meat in Scotland. It guarantees that the meat has come from animals raised under some of the world’s strictest welfare standards.

• Farm Assured Welsh Livestock – a cooperative owned by over 7,200 Welsh farmers which ensures certified farms are assessed by qualified inspectors to ensure they conform with the FAWL protocol for beef and sheep farms.

• Northern Ireland Farm Quality Assurance Scheme – developed to give consumers assurances about the farm end of the production chain of their food, this scheme focuses on the quality of the production methods used and animal care. Above all it aims to ensure the production of beef and lamb which is wholesome, safe and free from unnatural substances.

• Soil Association – responsible for certifying over 70% of all organic products sold in the country. Certifies organic food and farming, organic textiles and organic beauty products.

• Linking the Environment and Farming – produce identified with a LEAF Marque logo indicates it has been through an assurance scheme that means it has been produced by farmers while caring for the environment.