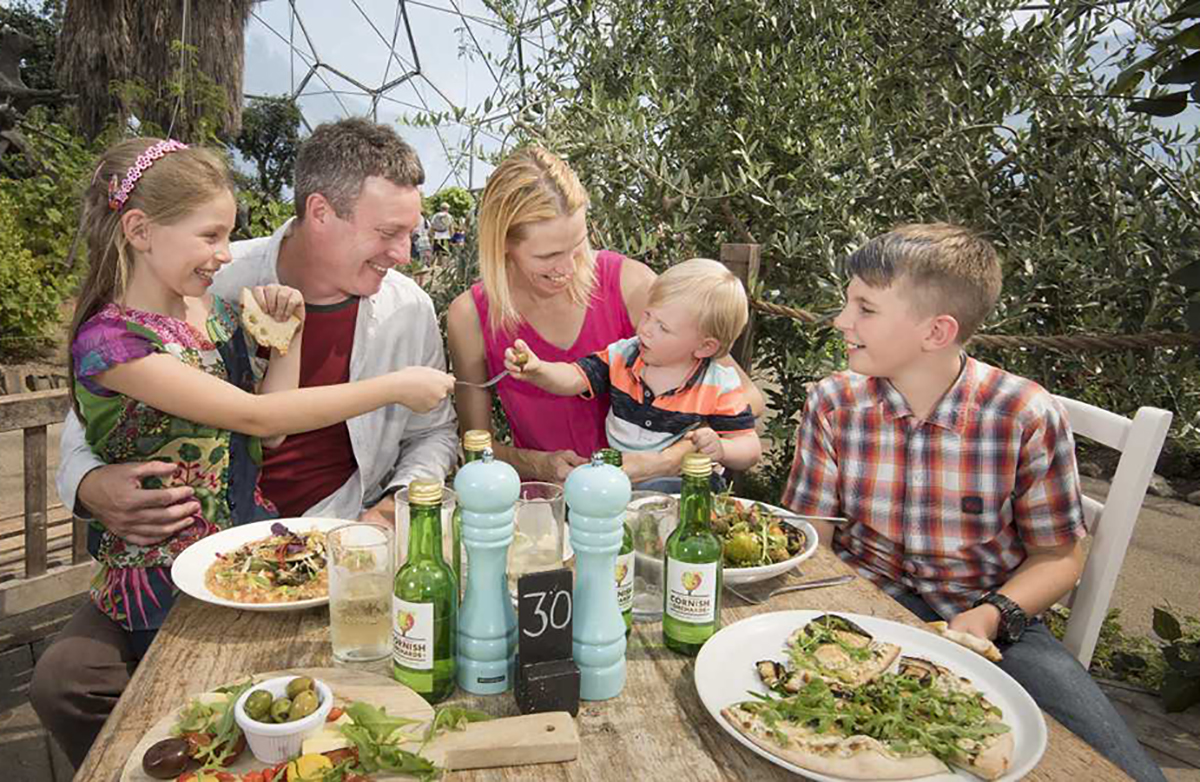 The Eden Project has been highly rated in a new league table ranking children’s food and drink at Britain’s top visitor attractions.

The home of the famous Biomes comes second highest among 22 destinations in the Soil Association’s Out to Lunch table, having topped the league when it was last published two years ago.

The association says it worked with an army of ‘secret diner’ parents in its research into the UK’s most popular museums, art galleries, zoos, visitor centres and theme parks. Royal Botanic Gardens Edinburgh tops the new league table.

Rob Percival, coordinator of the Out to Lunch campaign, said: “It’s unacceptable that many popular attractions are denying children healthy choices. The attractions at the top of the league table are showing that healthy and high-quality food can be fun and affordable.

“Our secret diners were particularly impressed with the Eden Project, where meals are made using ingredients grown in the Eden plant nursery and sourced from local producers.

“By offering freshly prepared, delicious and balanced meals, the Eden Project is making it easy for families to enjoy a healthy and harmonious day out. There is a great deal that other attractions could learn from their example.”

Eden’s operations director Neil Stark said today: “Congratulations to RBG Edinburgh on topping the table. We’re pleased to be near the top and well rated for providing high-quality and healthy food but we’re in no way complacent. We’re always looking for ways to improve our provision of fresh, healthy meals for our one million visitors a year.

“Good food and where it comes from is what we’re about. The food we serve in our cafes reflects the stories we tell. We make sure it is responsibly sourced, seasonal and/or local and freshly made.”

At Eden, meals are freshly prepared in front of diners at the main venues – the Eden Kitchen between the two Biomes and the Med Terrace inside the Mediterranean Biome. Some dishes use ingredients taken from products grown at Eden’s nursery.

The Soil Association’s survey found that the children’s food is typically less healthy than adult’s. Only five per cent of parents asked say they think children’s food at popular attractions is good enough.