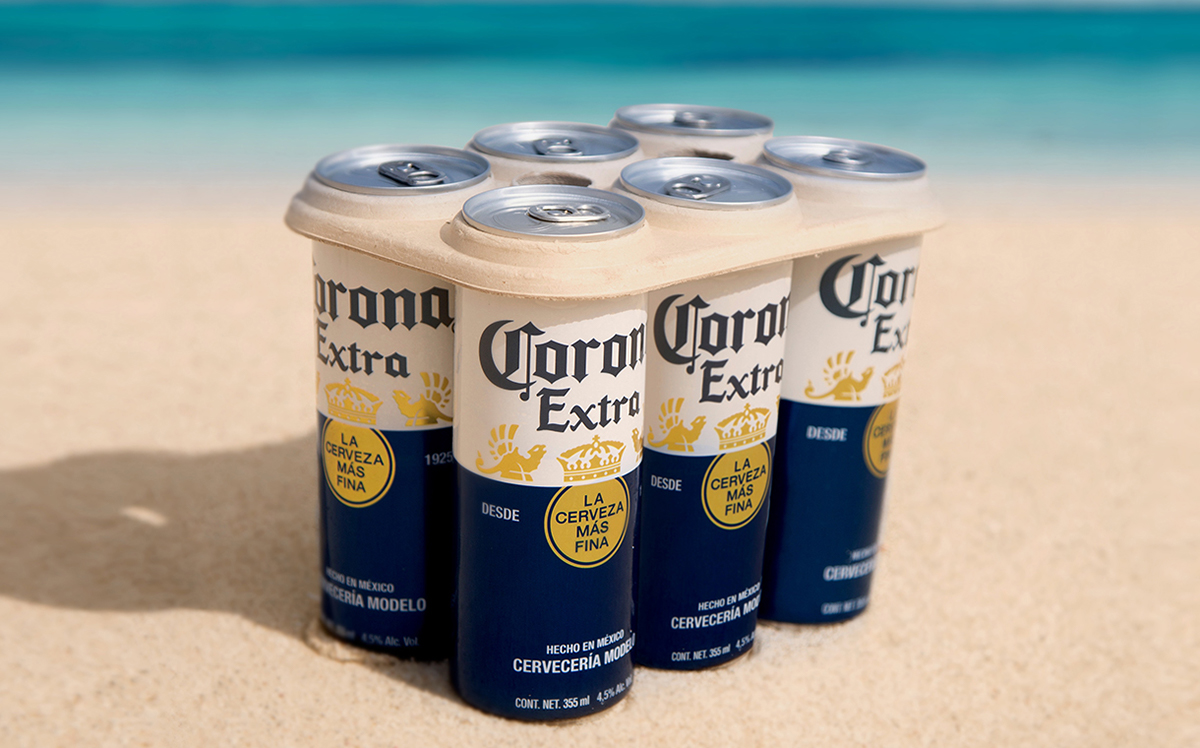 Global beer brand Corona will pilot six-pack rings made of plant-based biodegradable fibres, with a trial in the UK set to follow.

The rings are made of a mix of organic by-product waste and compostable materials left over from the beer-making process.

They break down into organic material that is not harmful to wildlife if they are discarded.

Corona, the best-selling Mexican beer in the world, is the first global brand to plan to cut down on plastic waste in this way.

The company has been working with Environmental organisation Parley for the Oceans to switch to eco-friendly packaging.

More than eight million metric tons of plastic are thrown into the oceans annually and discarded plastic six-pack rings trap and kill fish and other sea life.

Evan Ellman, Corona Better World Director, said: “We recognise the influence a global brand like Corona can have on the industry, and with the support of Parley, are pursuing scalable solutions like plastic-free six-pack rings that can become a new standard to avoid plastic for good.”

The first biodegradable six-pack ring was developed in 2016 by the Saltwater Brewery in Florida, US.

The independent brewery developed a compostable substitute derived from wheat and barley by-products, meaning it could be safely eaten by turtles and fish.

Earlier this year, the Danish beer company Carlsberg announced it is replacing the metal six-pack rings with a glue that withstands cold temperatures and can be recycled along with the can.