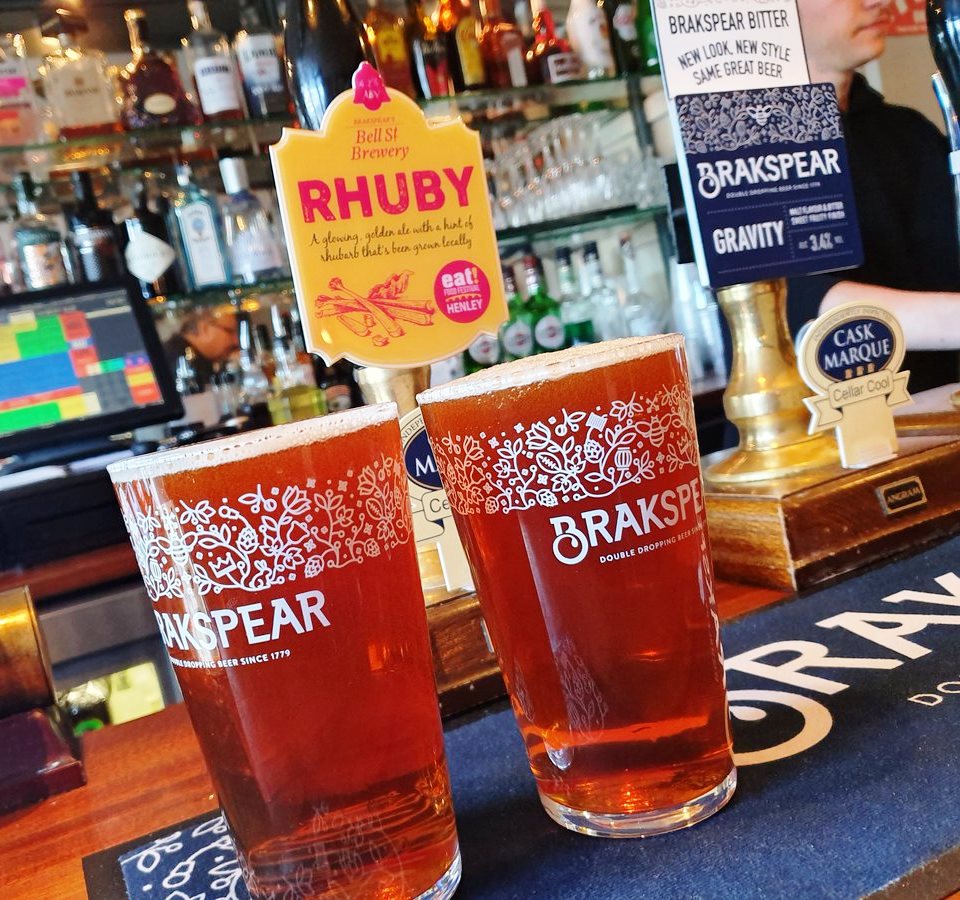 Brewed at Brakspear’s Bell Street microbrewery, Rhuby is a 4.2% ABV golden ale brewed with locally grown rhubarb. The result is a refreshing, pale gold beer with a subtle fruitiness and warmth that makes it a perfect summer drink.

Rhuby is available on draught in a number of Brakspear pubs in and around Henley including the Angel on the Bridge, Catherine Wheel in Goring, the Bull on Bell Street and the White Hart at Nettlebed.

The landlord at the White Hart, Ted Docherty, said: “Our pub is just outside Henley but we think of ourselves as part of the town so were keen to get involved in EAT Food Fest as a celebration of local food and drink.

“Rhuby, brewed in Henley with locally grown rhubarb, fits perfectly with that ethos and we’re delighted to be one of the first pubs to put it on the bar: we know customers are going to love drinking it in our pub garden – whatever the weather!”

Bell Street Brewery head brewer Malcolm Mayo said: “It’s always fun to brew with new ingredients. When we were asked to brew a beer for EAT Fest, we wanted something that would reflect the event’s theme of celebrating local food and drink, so we chose to add locally-grown, fresh rhubarb.

“We started with a blend of pale, special roasted malt and malted oats, which gave the beer a gold colour with a red tinge. For hops, we used Bramling Cross for bitterness, then added late hop Cascade and Amarillo for aroma. Finally, we added the fresh rhubarb after the boil, which gave it a subtle flavour. We’re delighted with the final beer – it really is summer in a glass.”

EAT Food Fest is a new event for Henley designed to champion and celebrate all things food and drink locally. It kicked off with The Big Feast on Saturday 15 June, when food and drink stalls filled Market Square. Screenings of foodie films, chef demos and food and drink tastings are taking place over the next 10 days, with the final celebration a Riverside Fiesta at Mill Meadows on Saturday 29 June.